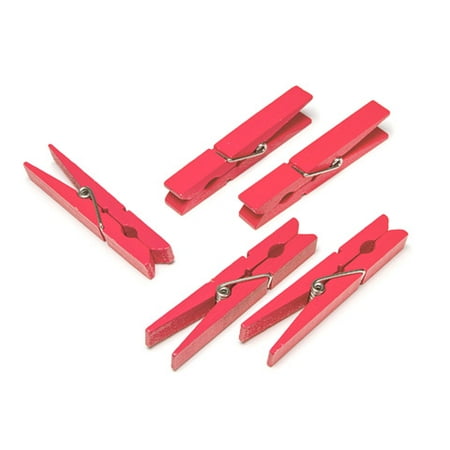 There are a lot of things that I enjoy that are used to cause pain.  Those little red clothespins tho!  Most of my kink and learning about what I like came from my first and last Dom.  He was much more knowledgable and was also very good at introducing things slowly and carefully.  I remember one time while I was watching his house and he was away with someone else I got nosey.  I admit it.  I use to feel bad about it but fuck it now.  He is gone and while he probably knew he never said anything so he didn’t care.  I didn’t snoop through his financials, or emails or computers.  I honestly didn’t care about that.  I cared about the box.  I knew about the box because it made an appearance when we would play.  Many times we did the same things over and over but I knew there was more fun in that box that I had yet to enjoy.

A few times when I was over at his place with him, I noticed these little red clothespins sitting on his nightstand.  I never asked him about anything because most things were none of my business unless he felt they should be.  I was a covert spy noting things and taking note of what was laying around and if it was interesting to me.  Mental notes made so when he would bring out the box I had a basic idea of what was going to happen.

I took them carefully from their opened package and tested their strength.  The little spring was strong for its size. I didn’t know how this would feel on certain parts of my body.  In his room, knowing there was a camera (I had covered the camera prior to my secret searching).  I took the pin and placed it on the web of my hand between my thumb and finger.  It hurt.  It wasn’t unbearable but it was definitely noticeable.  I wondered how long I could tolerate that kind of pain and how it would feel on other parts of my body.  I thought about investigating this but my phone rang and it was him.  Instantly sure he knew what I was doing I answered his text, took care of what I needed to do for him and then put everything back in the box.

About a month later I was in his room again and saw a little red clothespin on the nightstand again.  I asked him about it.  (Feeling brave, I guess).  He giggled and picked it up and said he found them somewhere was impressed with their strength in comparison to the size.  Then he said he walked around the store with the pin clamped on the web of his hand between his thumb and finger to see how long he could take it.  I’m not sure he ever understood the real reason I giggled with him. This is kind of crazy…